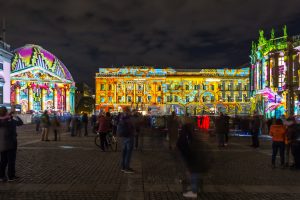 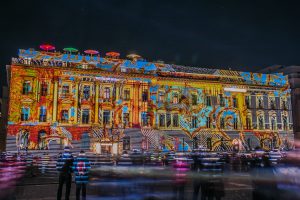 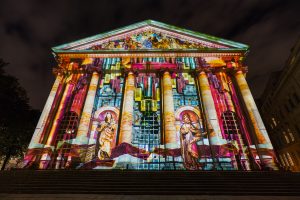 BRILLIANT PERFORMANCE OF THE OPERA

Task: Outstanding event for an outstanding jubilee
A milestone for the cultural scene! In October, the reopening of the Berlin State Opera and the 275th anniversary of the opera took place. This event was to be staged in a special way during the FESTIVAL OF LIGHTS. After all, it is one of the most prestigious music stages in the world.

Idea: Dialog also works through visual storytelling on building facades. This creates a different, rarely achieved intimacy between the embassy country and Germany. A 360 ° Symphony of Light
Opera et Luce - never been done before. A 360 ° staging of the Bebelplatz united the buildings in this traditional square into a perfectly coordinated overall composition. On display was a 3D video mapping show on the 275-year history of the State Opera. The show consisted of 5 acts; A look behind the scenes and selected premiere milestones of the State Opera included.

Implementation: Virtuose like a grand opera
All the technical possibilities of modern light production were fine-tuned and combined into a composition. It was important for the Festival of Lights team to always put the opera and its music in the spotlight of the light event. Technics were at the service of the cultural theme. 3D video mapping, freeze-frame projections, light and music merged into a single unit, and the spectators on the large circle of the square were literally "in the thick of things".

Result: A 360 ° success
The media channels of the FESTIVAL OF LIGHTS reported the event in detail. The new director of the State Opera Matthias Schulz sat on the podium of the festival press conference and announced the event. And the photos of the event went around the world - preferably in panorama format.

The Berlin State Opera started with signs that pointed to the future. The Bebelplatz became the visitor magnet of the FESTIVAL OF LIGHTS and the hype in media and social networks. 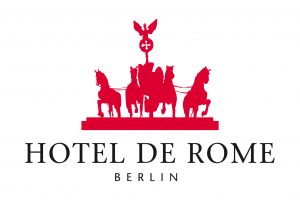