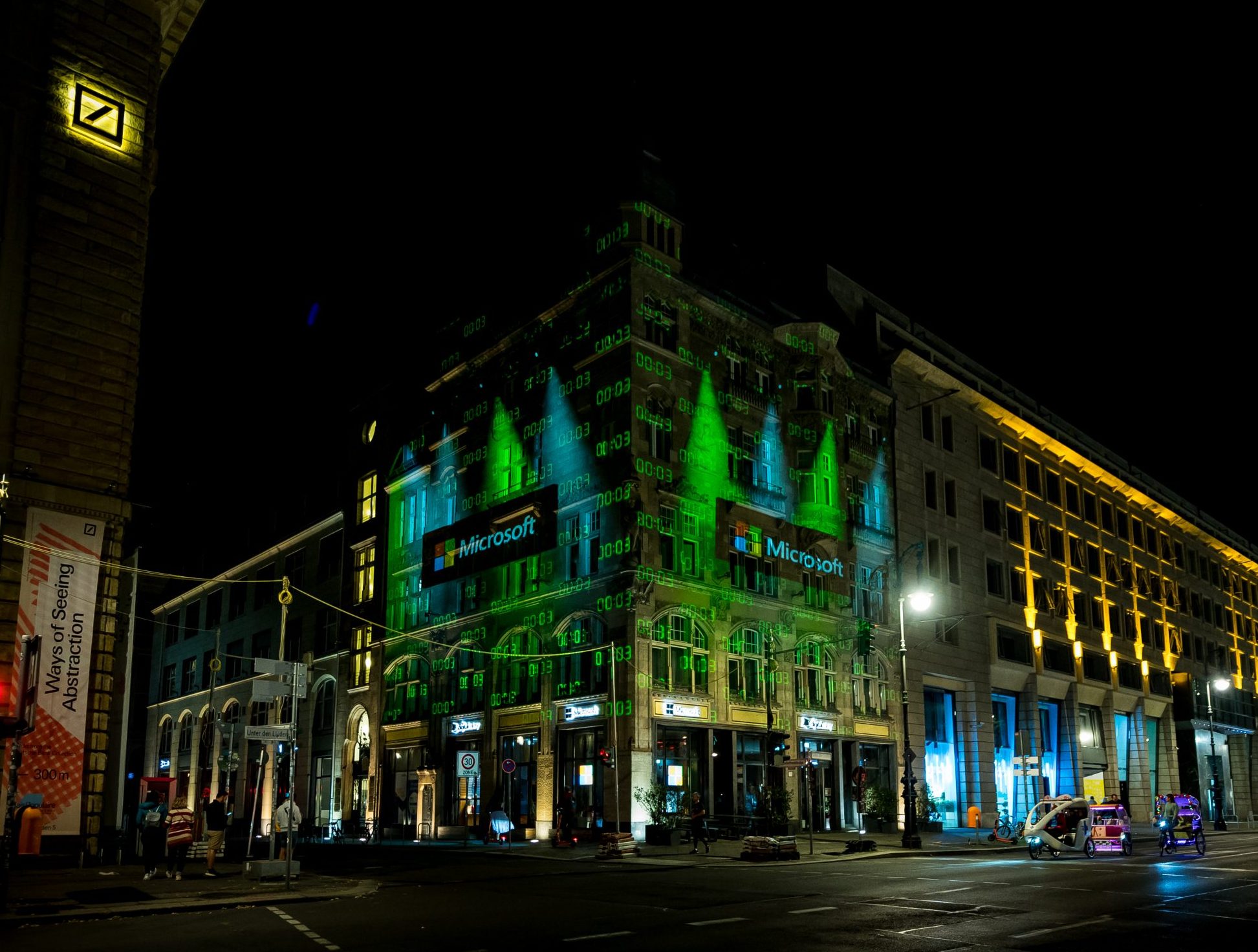 The heart of Microsoft beats for a digital Germany

What is digitization and which topics does Microsoft deal with? The aim was to show this to a large audience in expressive images.

Microsoft Berlin's headquarters are prominently located at the corner of Unter den Linden and Charlottenstraße. From the boulevard "Unter den Linden", guests can easily see two sides of the striking facade. This was also the venue for the 3D video show "DIGITAL NATURE," a memorable journey through the data streams of our digital age. It was about the economic and social potential of artificial intelligence, to whose acceptance Microsoft wants to make an active contribution. And it was about sustainability, because Microsoft has already been operating CO2 neutrally since 2012 and would even like to become CO2 negative by 2030. Of course, digital transformation played a leading role in the roughly three-minute show. The invading facade evolved into a data cloud that dissolved into binary structures, then symbolically transformed into zeros and ones. Hands joined, one belonged to a human and the other was clearly a robotic hand. Another hand, difficult to discern whether human or machine, tenderly placed a young pair of leaves on the facade. The final motif showed hearts beating in an 8bit pulse, the 3D effect made this image look particularly vivid.

Success: DIGITAL NATURE is more than simply zero and one

The visitors were part of the digital nature. They were taken along in an entertaining way into the topics Microsoft is dealing with. Things that are otherwise not so obvious, such as the successful commitment to sustainability, also came up.