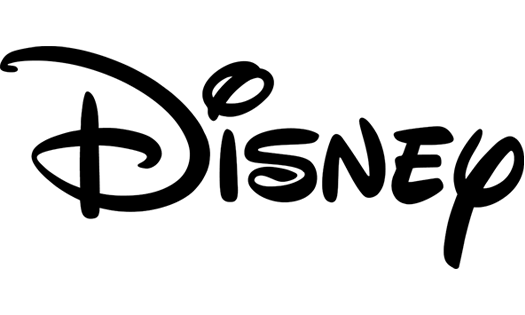 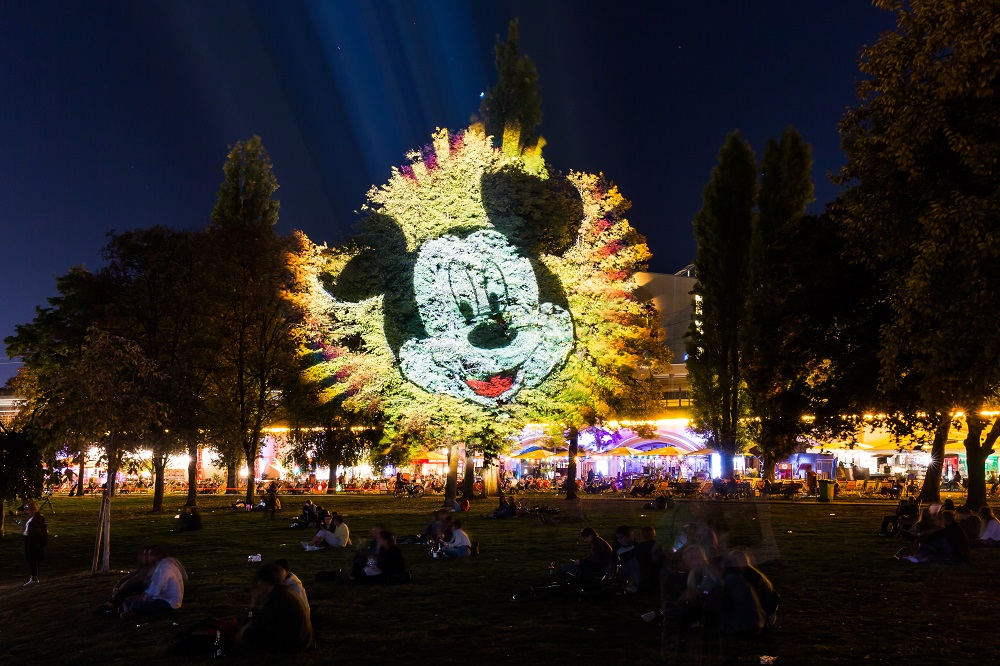 The Disney campaign focuses on the popular 14 princesses. For generations, they have been enchanting us with their stories and showing that no one should be judged by their appearance. Every single story contains inspiration and the values of our time: belief in yourself, a sense of family, helpfulness, environmental protection, curiosity, openness, tolerance and the courage to stand up for others. In addition to the princesses themselves, children who live these values should speak out.

Implementation: The princesses and children show how they bring courage, heart and kindness to the world.

A 3D mapping on the façade of the Stage Theater at Potsdamer Platz showed sequences from the princess movies, which are underlaid with appeals to live one's own dreams, to go on one's own journey or to let go of one's fears. Before the FESTIVAL OF LIGHT, the popular radio station 104.6 RTL called on children to come out and tell how they make the world a little bit better every day. The names of the children and their messages were embedded in the mapping.

Success: Whether adult or children, the princesses are role models.

Disney helps communicate emotional strength and important values through its stories and characters.

On the occasion of the 90th birthday of Mickey Mouse, the Festival of Lights 2018 organized together with its partner Disney a visual scavenger hunt. The festival visitors were to track down the cult mouse within the light staging on famous Berlin landmarks and squares. Anyone who had spotted Mickey in a projection immediately shot a photo of proof and uploaded it online.

Mickey Mouse was the surprise guest of the festival, until shortly before the festival began, nothing was revealed. From the first day Mickey suddenly appeared as a projection motif at central festival venues amidst the streams of visitors. Mickey Mouse was on the TV tower, the Kollhoff Tower on Potsdamer Platz and the Hotel de Rome on Bebelplatz within the spectacular 3D video mapping shows. And on Museum Island, Mickey had hidden himself as a projection screen high in a huge treetop.

"Find Mickey" was the motto and countless festival visitors joined in, shot proof photos and uploaded them under the hashtag # Mickey90. There were attractive rewards for successful finders. 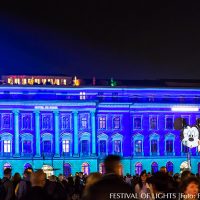 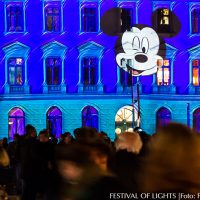 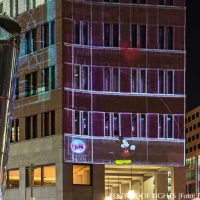 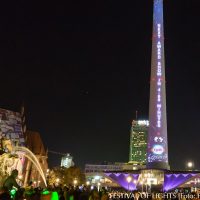 The echo in the social media was overwhelming! Many of the approximately 3 million festivalgoers did not give up until they found all 4 Mickey Mouse motifs. In retrospect, "Find Mickey" was a huge amount of fun for the audience and a complete success for Disney.