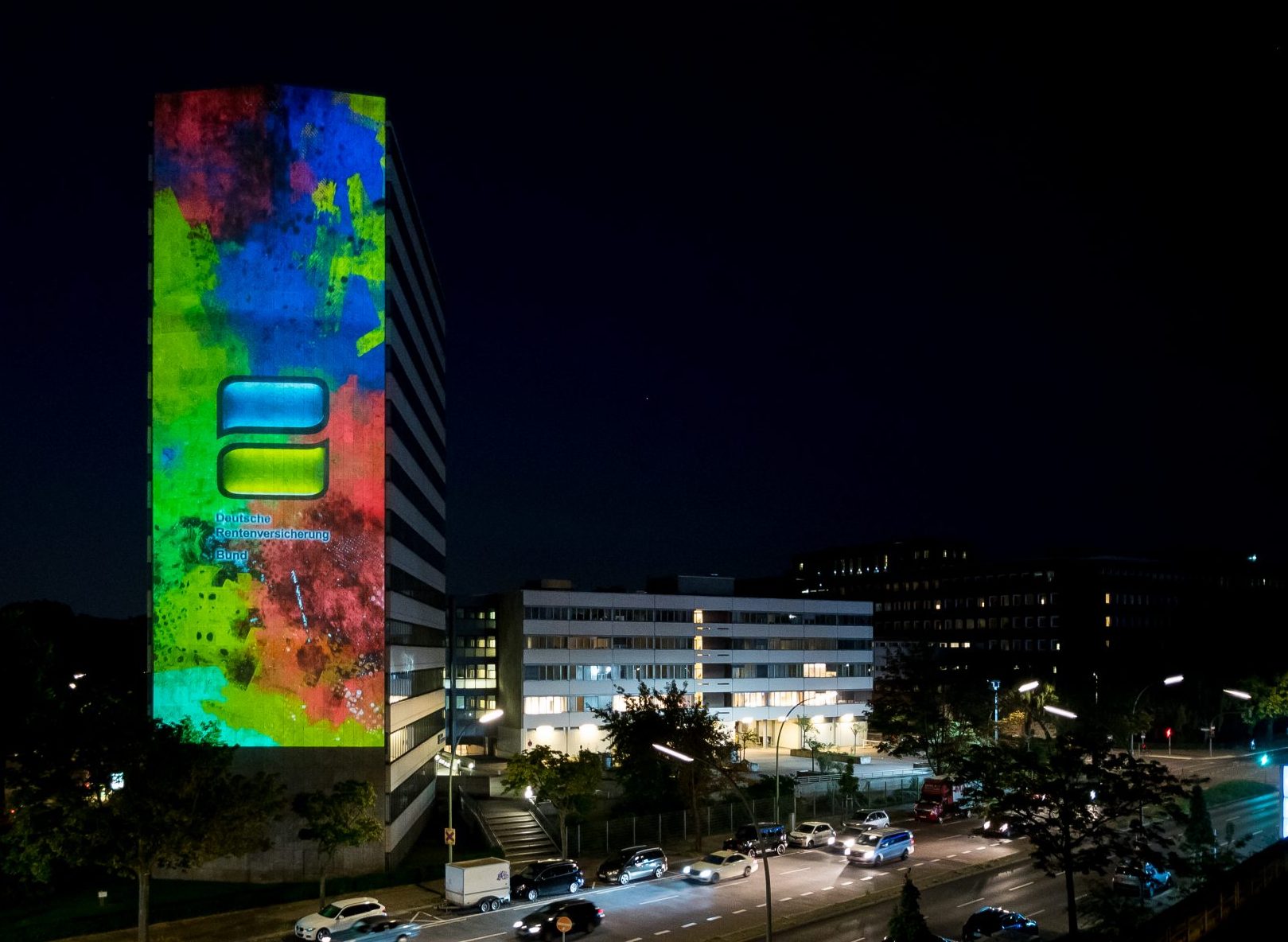 Since 2018, Deutsche Rentenversicherung has been presenting a completely new side of itself at the Festival of Lights as one of Berlin's largest employers. Parallel to the respective campaigns of the DRV Bund such as #mehrdahinter or #einlebenlang, expressive 3D mappings on the facade of the Berlin location tell about the daily work and recruit junior staff.

2021: A shining heart for everyone

With the huge light projection on the Berlin building in Konstanzer Straße, the Deutsche Rentenversicherung Bund thanked its more than 25,000 employees for their achievements. It did this with huge hearts in its own colors of yellow and light blue, which rapidly enlarged, doubled and pulsated. At the same time, it advertised for skilled workers and junior staff and showed the opportunities available to applicants with a paternoster moving over the entire height of the building. The 3D staging offered animated insights into Deutsche Rentenversicherung Bund as an employer, projected the advancing digitalization, its values and also the places where a career is possible throughout Germany.

At the location on the Hohenzollerndamm it became colorful. Popularly known as the "Silver Tower", the widely visible DRV tower shone with a trendy projection motif in the format of the young target group. Under the flanking hashtag #mehrdahinter the DRV Bund made visible the diversity for which the house and its employees stand. At the same time, interested people could also look behind the facades on Instagram.

The gigantic projection showed that there is much more to discover than expected behind the silver facade. A blue curtain opened and behind it, the viewer was greeted by well-known and popular emoji motifs - from the smiley to the unicorn to the rainbow flag. The message: As colorful and diverse as the projection image are the 23,000 people who work for the DRV Bund. And who entered the hashtag #mehrdahinter in his smartphone, could inform in detail on the spot. 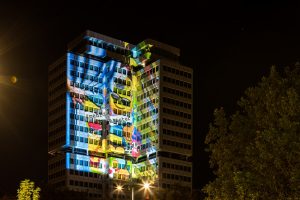 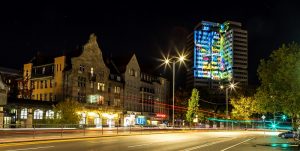 1/2 Page in the festival newspaper: 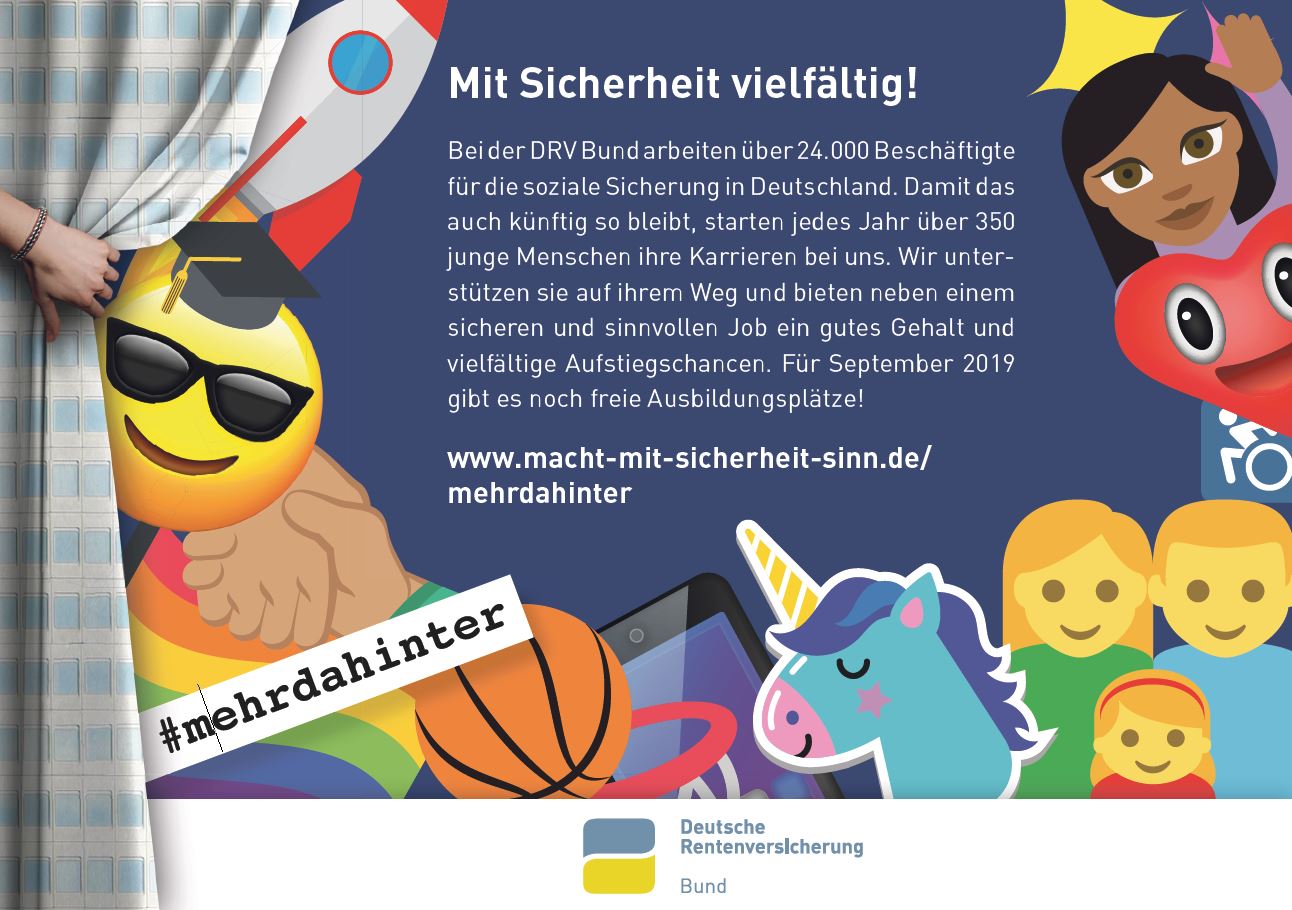 Success: Career swing for the offspring

The trendy tower-high projections lit up the Berlin night and hundreds of thousands looked on; in addition, advertisements and articles in the festival media intensified interest. Especially the young audience felt addressed and reacted. The hashtags were constantly busy during the festival days and for many, curiosity turned into genuine interest in a career at DRV Bund.