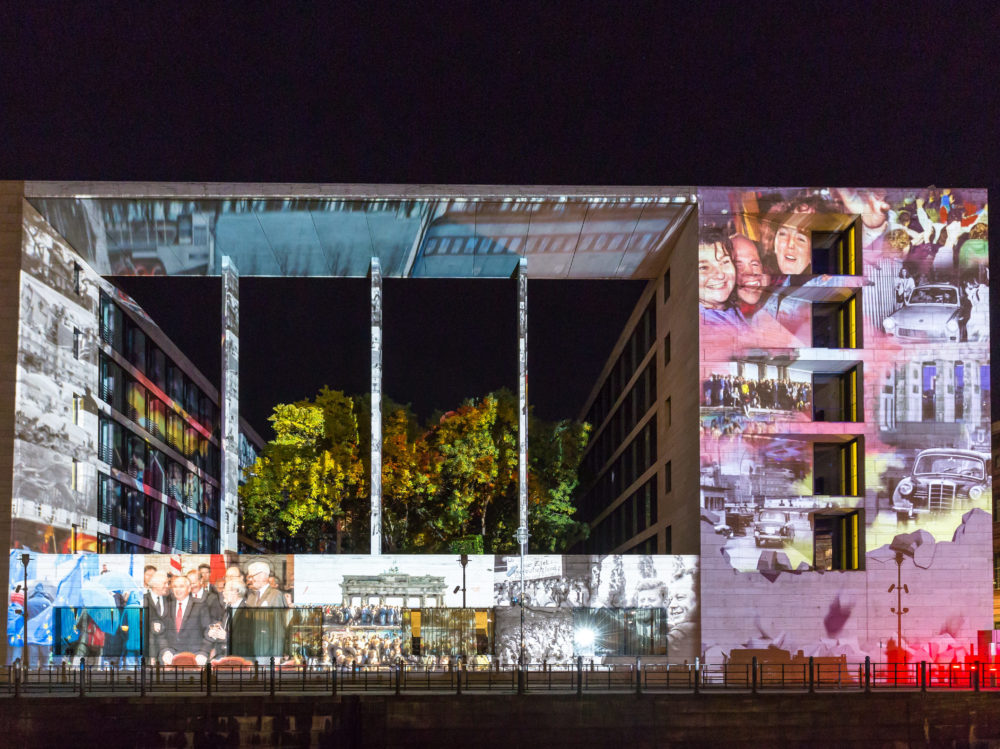 In a unique collective action, ten federal ministries and other federal institutions wanted to unite to form a " Band of the Federation" and bring the high importance of freedom into the public consciousness. The FESTIVAL OF LIGHTS 2019 had the challenging task of translating the idea of freedom into impressive light projections and 3D video mapping.

The spirit of freedom shone from many ministry and authority facades in the government district and told story(s). The focus was on the 30th anniversary of the fall of the Berlin Wall, because the fall was a victory for freedom that made German reunification and the growing together of Europe possible in the first place.

Ten federal ministries, plus the Federal Press Office and the European House on Pariser Platz illuminated the theme of freedom from their different perspectives. There were, for example, light projections on the peaceful revolution, the fall of the Berlin Wall and the unity of Europe, but also on the freedom rights of the Basic Law, which celebrated its 70th birthday in 2019.

To make the "Band of the Federation" tangible for the festival visitors, a bus tour connected the different locations.

Freedom cannot be taken for granted. Every individual is called upon to highly appreciate the value of freedom and to stand up for it. The community action and its extensive media presence in the FESTIVAL OF LIGHTS multimedia channel brought this important message to the media and citizens' awareness on a broad basis. 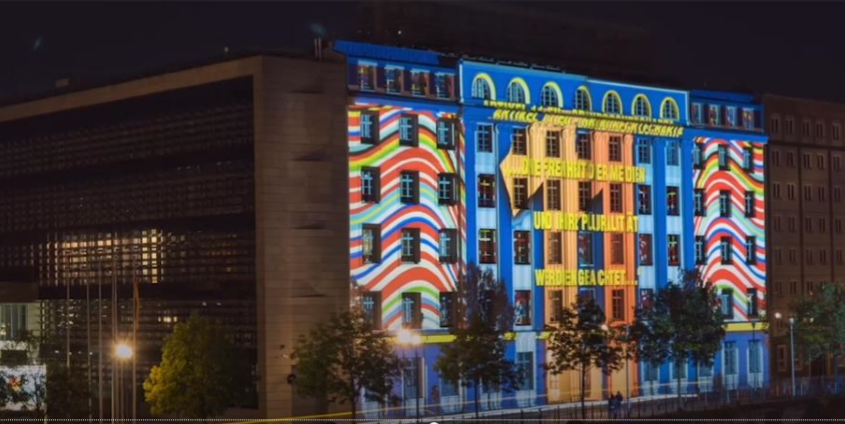 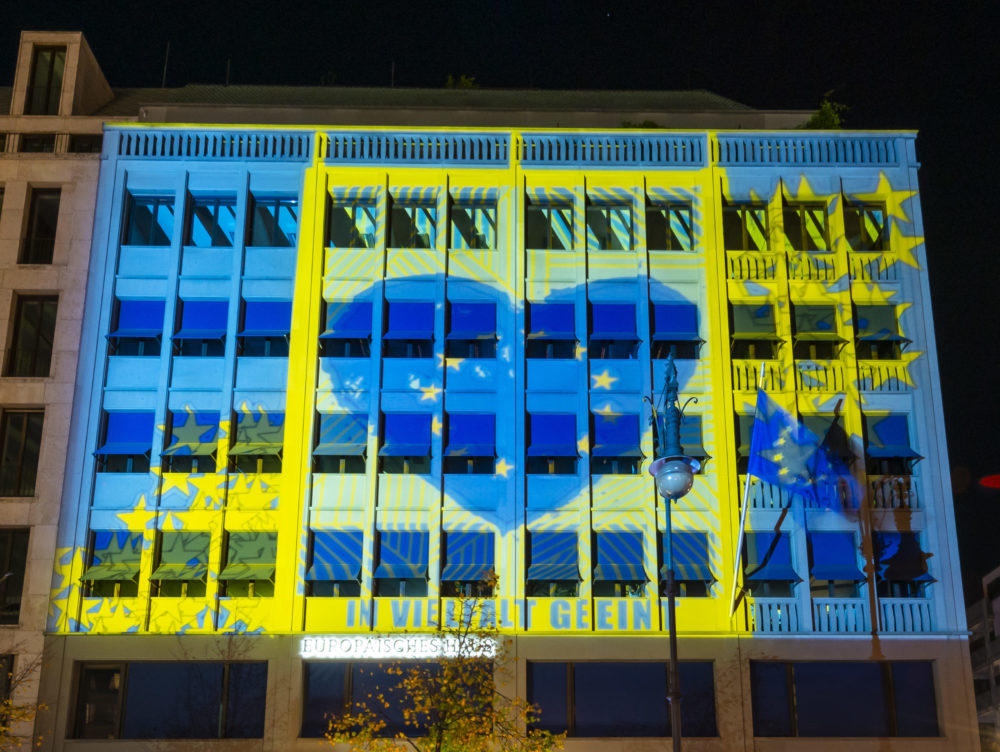 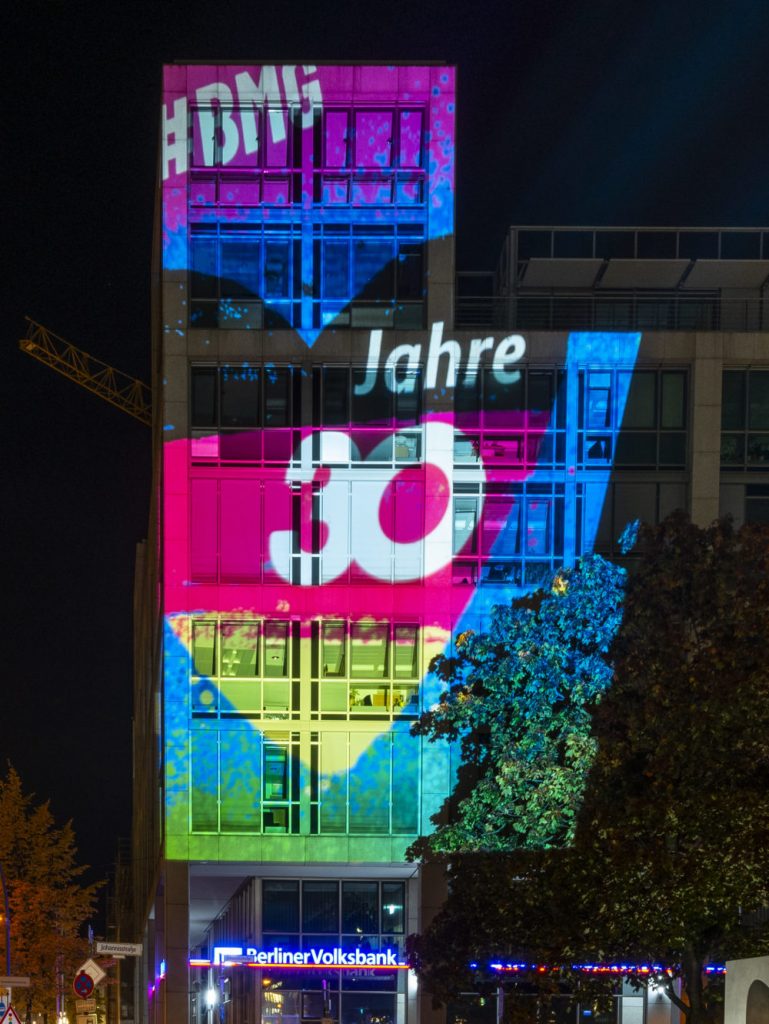 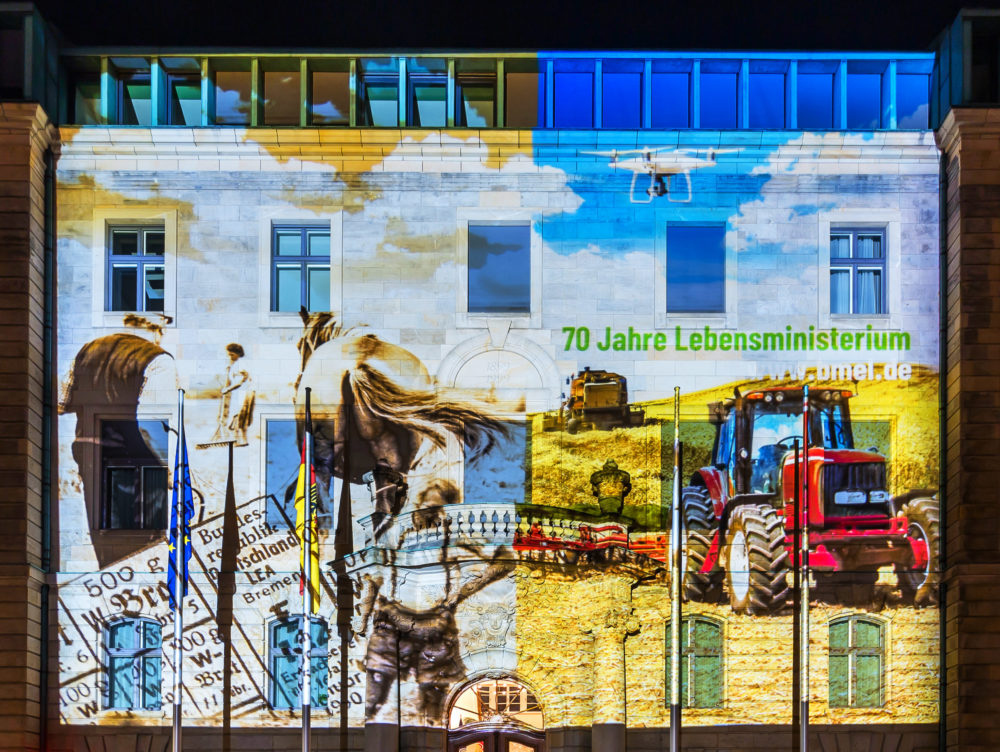 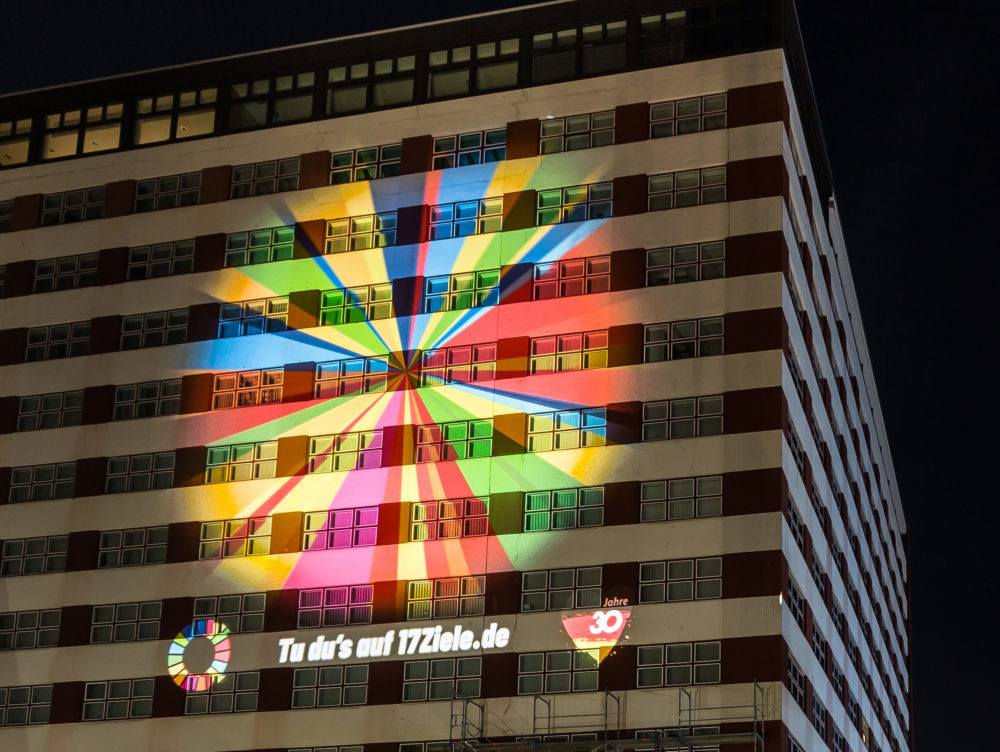